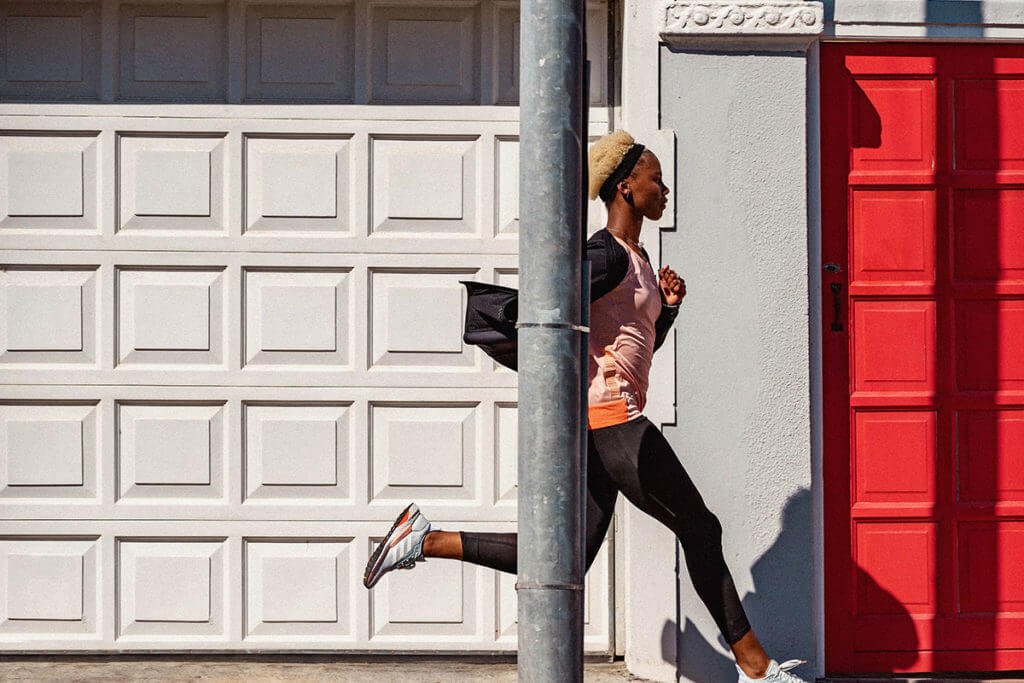 Running cadence isn’t a new topic. Many of us have experimented with changes in steps per minute. But the simple matter of how many steps you take in a minute has a complicated relationship with training and performance. Opinion on optimum cadence swings between “higher is better” to “whatever feels comfortable”.

So which is it? In this article, discover how running cadence and performance are connected and how to effectively adjust your own step rate.

It was Jack Daniels (elite running coach – not the other one) who famously observed Olympic runners with cadences above 180 steps per minute (spm). Ever since, cadence has been positively associated with performance. “The more times your feet hit the ground, the faster you will run.” 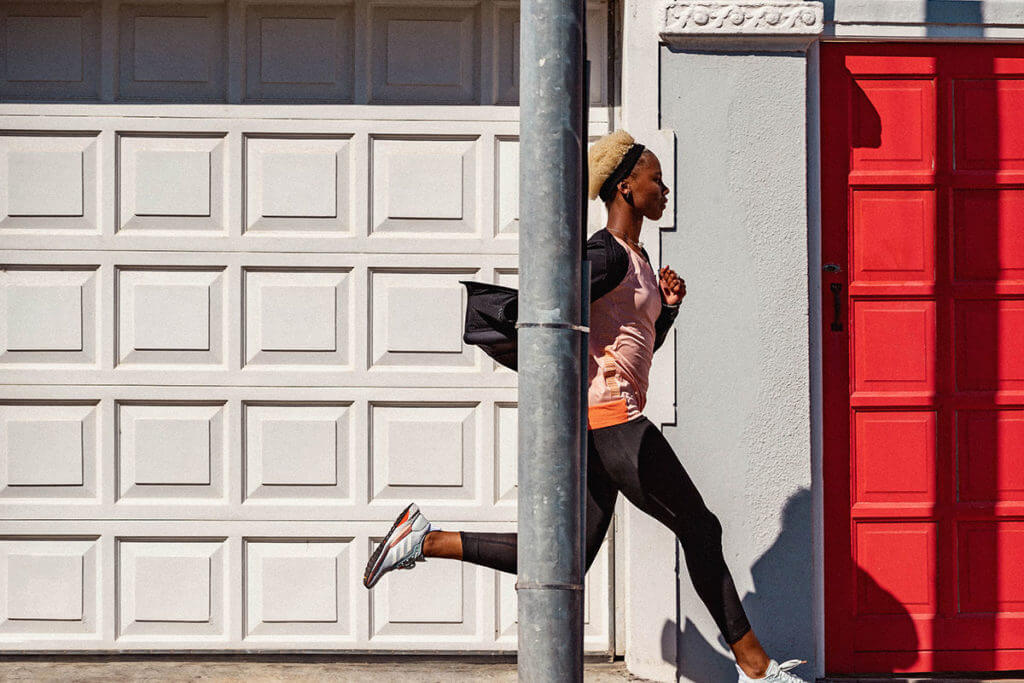 You’ve probably heard of the magic 180 as the number to aim at. Unsurprisingly, Coach Daniel’s interesting observation has been taken out of context and promoted as a one-size-fits-all quick-fix. Wouldn’t it be great if we could break our personal record just by increasing our cadence to 180 steps per minute? Not so fast. Let’s take a closer look at the relationship between running cadence and running performance.

1. Increasing your running cadence too quickly
It takes time for your body to adapt to a new cadence. Although most of us would benefit from a higher running cadence, targeting a step rate that doesn’t match your training level or anatomy is likely to increase your risk of injury and cause a temporary decrease in running economy.[1]

2. Ignoring your running cadence
Most runners naturally select a cadence that is lower than the optimum. Lower cadences mean longer strides. Longer strides mean higher heel-strike impact forces and an increased risk of injury.[2] [3] With proper adaptation however, increasing cadence toward the optimum can improve both running economy and injury-related ground reaction forces. [4] [5]

Cadence is determined by a number of factors including height and leg length. This makes sense of course. Taller runners have longer strides and therefore lower cadences. But knowing this isn’t particularly helpful since we can’t change our height or leg length.

Training history, acute fatigue and even predominant muscle fiber type have also been suggested as factors affecting running cadence. There is some evidence to show that fast twitch muscle fibers function optimally at a higher cadence, though it is unclear how this impacts performance.[6] [7]

But there is one crucial and glaringly obvious factor that until recently hasn’t received the attention it deserves. No, it’s not diet, fitness or motivation.

It’s running pace. Rather anticlimactically, it turns out that the key determinant of running cadence is the pace we run at.

A recent study published in the Journal of Applied Physiology demonstrated exactly this. The researchers measured cadence for 25 elite ultramarathoners during a 100 km race. As expected, the athletes clustered around an average 182 spm, apparently supporting the notion that 180 is the holy grail of cadence. 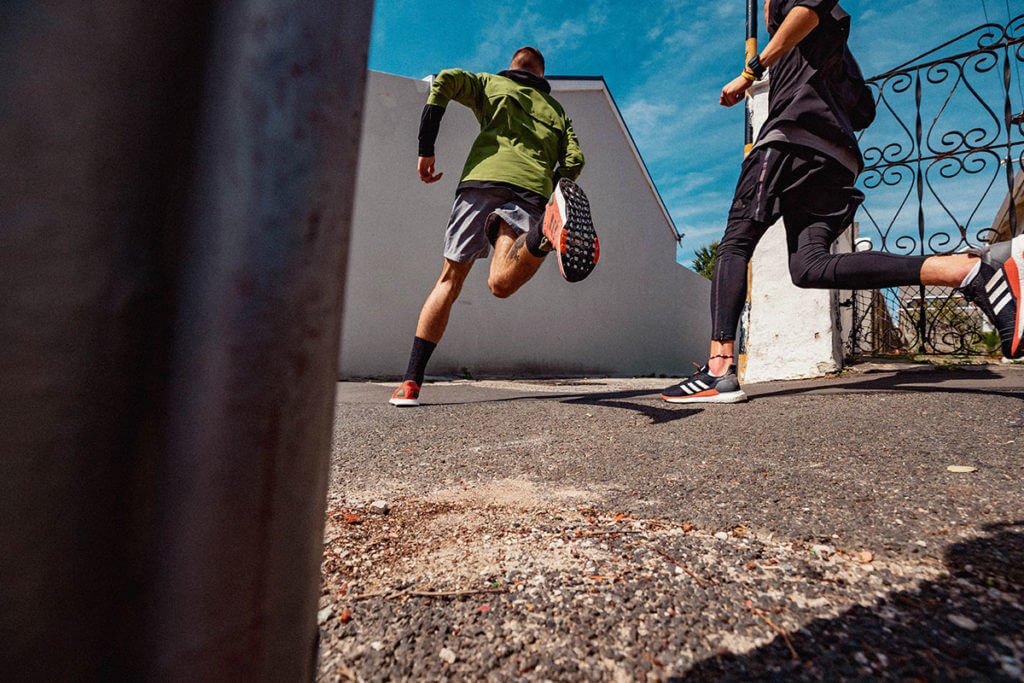 However, the same study also demonstrated a wide variation in individual step rate, from as few as 155 to an incredible 203 steps per minute! Furthermore, cadence was not related to fatigue, weight, sex, age or training history of the athletes. Besides height – which we have no control over – the only factor related to cadence was running speed.  As runners sped up, cadence increased. As they slowed, cadence decreased.[8] In other words, runners aren’t fast because they take 180 steps per minute. They take 180 steps per minute because they are running fast.

The point is, you can’t select one magic cadence and blindly run at it. Your cadence is specific to your anatomy and pace, whether you are running half marathons or half hours.

To put it into perspective, let’s compare the cadence of elite athletes running at different speeds. At 5:20 per mile pace (3:20 per km), the runners took approximately 175 steps per minute. At 3:50 per mile pace (2:23 per km) this increased to over 200 spm.[9] According to the research, for every speed increase of 1 meter per second, a runner will take 6 extra steps per minute.

If you’ve ever tried running at this pace, you know how quick it is. And more than likely, your cadence was somewhere around 180. The takeaway? Pace dictates cadence, not the other way round.

How do I measure my cadence?

Low tech: Count every right foot strike for 30 seconds and multiply by 4

Pros: Simple technique for one-off measurement
Cons: Distracts you from your running and not the most accurate 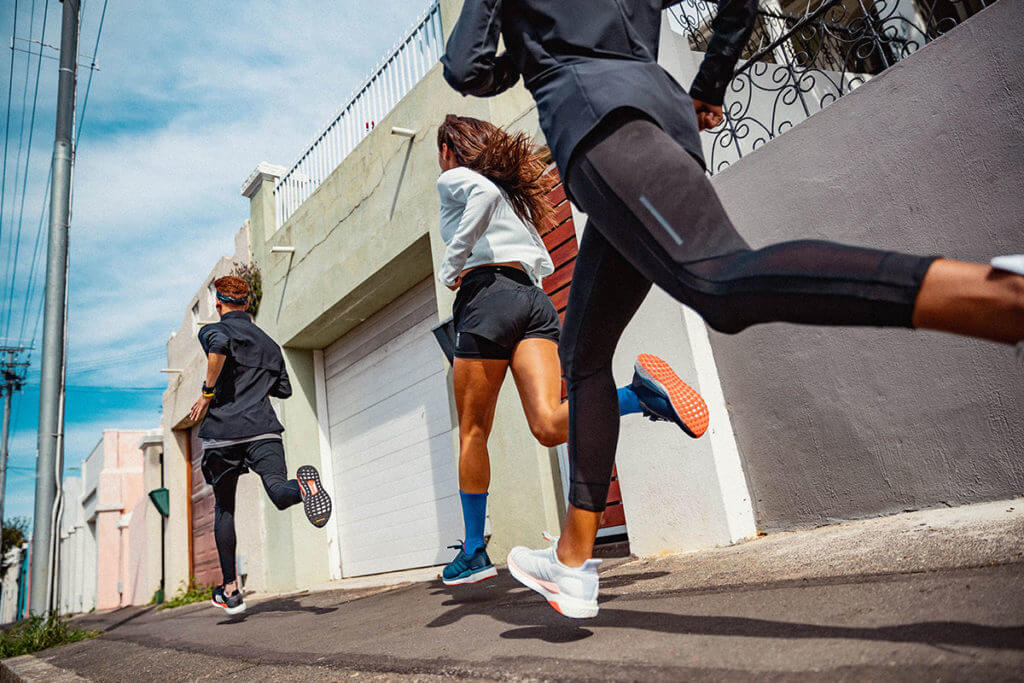 4 TIPS TO INCREASE YOUR RUNNING CADENCE

Forcing a high cadence is a questionable strategy for improving performance, and as we’ve seen, cadence is largely determined by how fast we run. Having said that, most of us naturally select a cadence lower than the optimum and would benefit from retraining to a higher step rate.

Here are our tips for increasing cadence safely and effectively:

Log your cadence for each pace you run at. Remember that when racing, you are likely to run faster than usual with a higher step rate. Over time you will learn how your cadence is connected to how fast you run.

Cadence is determined by speed. As your fitness improves you will be able to maintain a faster pace with a higher cadence. If you can run a 5 minute mile, your cadence will almost certainly be above 170 spm.

Gradual adjustments of approximately 5 steps per minute will give your body time to adapt without causing injury or impacting performance. Imagine training yourself to throw with your off hand – not a quick fix! The aim is to raise your cadence for a given pace, not hit 180 on every run.

Recent research has demonstrated that heart rate can be used to identify optimum cadence. [10] Record your HR for a comfortable (below threshold) pace at various step rates between 150 and 200. Whichever step rate yields the lowest HR is the most efficient! Allow a couple of minutes for your HR to stabilize at each new cadence.

So there it is. Cadence isn’t something you can manipulate for instant results. But as your fitness improves and your pace quickens, you should see a natural increase in step rate.

Given that most runners, regardless of ability level, select a cadence lower than optimum, increasing cadence for any given pace is a good idea. Adjust your cadence gradually and take advantage of wearable technology for accurate step rate analysis.

Over time, you will find the optimum cadence for your chosen activity and enjoy the rewards of improved running economy and lower impact force. Just another reason to go for a run.