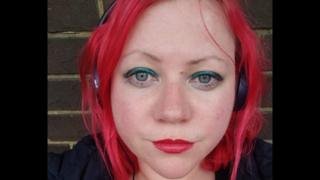 Seaneen Molloy’s panic attacks stopped when the coronavirus pandemic started. But as restrictions begin to ease, the writer and charity worker from Northern Ireland describes how her anxiety has returned.

As the rules begin to relax, I’m not sure that I can.

I felt least afraid when it all began.

Some people were plunged into a state of anxiety and panic, but not me. I have an anxiety disorder and was in a constant state of panic anyway, always fearing death. But for once, I wasn’t alone and the national crisis was oddly comforting.

The panic attacks that had plagued me every single night for years stopped abruptly when Boris Johnson announced lockdown on 23 March.

It was strange to feel liberated, while the rest of the world freaked out. I felt like the calmest person in the room.

I wasn’t alone. University College London reported in the early weeks of lockdown that despite an initial decline in happiness, wellbeing had actually risen and anxiety levels had fallen for people with and without mental health disorders.

Life got slower, quieter and smaller. There was no rushing around for school runs, crushed commutes, trips to the pubs we didn’t really want.

But as the weeks passed, surveys increasingly expressed alarm at the declining mental health of the nation. Job losses, financial worries, isolation, being trapped in abusive situations, lack of support, and, for many – at least 40,000 people – grief and loss.

My own zen-state slowly disintegrated.

School closed, so my husband and I became teacher to our five-year-old son while we worked full time. Trips to the supermarket felt eerie and apocalyptic.

And then, out of nowhere, my friend died.

We still don’t know why; he was only 38. He had the same goodbye that thousands have had during the outbreak. Only 10 socially distant people were allowed at his funeral. The pallbearers wore masks and gloves. His wife sat alone and left at the end without being held.

Funerals and births are sacred events. The chance to say goodbye is one of the most important things in grieving and moving on. In many faiths, people reach out to touch the coffin.

I watched his funeral on my laptop.

That will stay with me for a long time. I am grateful I could be there in some way, but I also never want to repeat the experience.

This had the greatest impact on my mental health.

Now lockdown is easing. For those who have enjoyed the silence, safety and sanctity of the quiet Covid life, returning to the noisy, crowded world may be difficult.

Coronavirus has not gone away, and it is a lot to ask of anyone to risk their health every day,particularly those vulnerable for mental or physical reasons.

People may be forced back to work before they feel safe. People, like me, may be confused about what’s actually allowed and worried about being judged for breaking a rule, unknowingly.

I’m not a person who deals with uncertainty well. Not knowing when lockdown would end was hard, but now not knowing how it will unfold is harder.

I’m worried about my son, who instinctively keeps a distance from people, even other children. I don’t know how to unteach him that – I don’t even know if I should.

I’ve been using work as an excuse not to go out and exercise. The truth is, I feel safer at home. I find it hard to leave this safety when I’m not being forced to. I still haven’t seen a friend, and was jumpy and anxious when I saw my family.

My panic attacks have come back – not with the same ferocity as before – but I am, again, unsleeping.

Mind is one of the many mental health organisations which has compiled information for people worried about lockdown easing.

They emphasise there’s no “normal” way to feel. I try to remind myself of this.

If you liked this:

Why not listen to Seaneen chat to fellow mental health writer Mark Brown on the BBC Ouch podcast.

As well as talk of lockdown there’s also a tonne of fun stuff from escaped bras to Zoom personalities and even a zombie apocalypse.