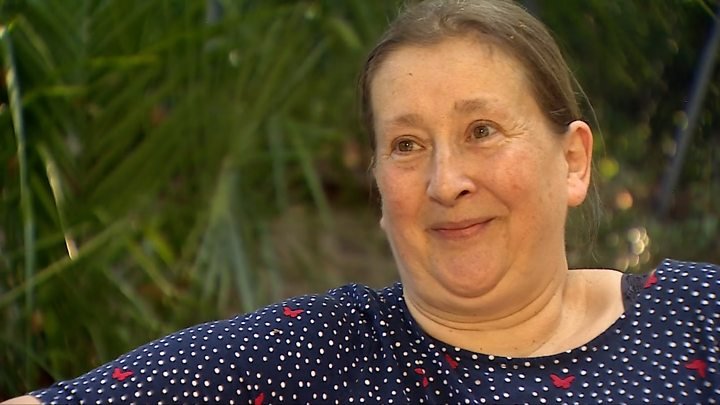 Blood plasma from patients who have recovered from Covid-19 is being tested as a potential treatment for those still suffering from the disease.

It is hoped transfusing seriously ill patients with the plasma – which contains coronavirus antibodies – can give struggling immune systems a helping hand.

Mother-of-seven Ann Kitchen was the first person to get the treatment.

She says her attitude to life is that “you’ve got to give things a try”.

Ann was being treated for coronavirus in intensive care at St Thomas’ Hospital in London, when researchers asked her to take part in the blood plasma trial.

She was conscious throughout, so saw the pouch of liquid and thought that it looked like “liquid gold”.

Ann was the first patient to take part, but since then about 200 more have agreed to join the trials. About half have received the plasma.

It’s not new for plasma to be used in hospitals. It is often given when people have lost a lot of blood.

Before the pandemic, there was no specific national plasma donation programme.

Now, more than 90,000 people have volunteered to donate their plasma in England. It can be frozen for three years.

So far, there’s already enough in the system to treat 1,000 people.

Researchers are keen to collect as much as possible now, especially in case of a possible second wave.

The idea behind this treatment is simple.

One way the immune system fights off infections is by producing antibodies.

So, in theory, giving these antibodies to someone who is ill now, should give them an instant shot of immunity.

Two separate UK trials are testing to see if this is true.

Dr Gail Miflin, chief medical officer for NHS Blood and Transplant, says we could know later this year whether or not plasma is effective.

“At the moment, we don’t know. We hope it could make a huge difference and it could help people recover quicker and come out of hospital faster.”

“All I know is that it was within a couple of days of having that plasma, I started to feel a lot better,” she says.

“So hopefully it’ll be proven that it works.”

She has been recovering at home for several weeks now, and thinks she’s beginning to understand how sick she was.

Her sons and daughters told her they had been frightened because she had been in a “really bad way”.

Now, she has days when she is very tired, but mostly she says she feels “fantastic”.

And she says she is incredibly grateful to the donors who have given their plasma.

“I’m just pleased that there are people out there who are willing to give people a chance.”